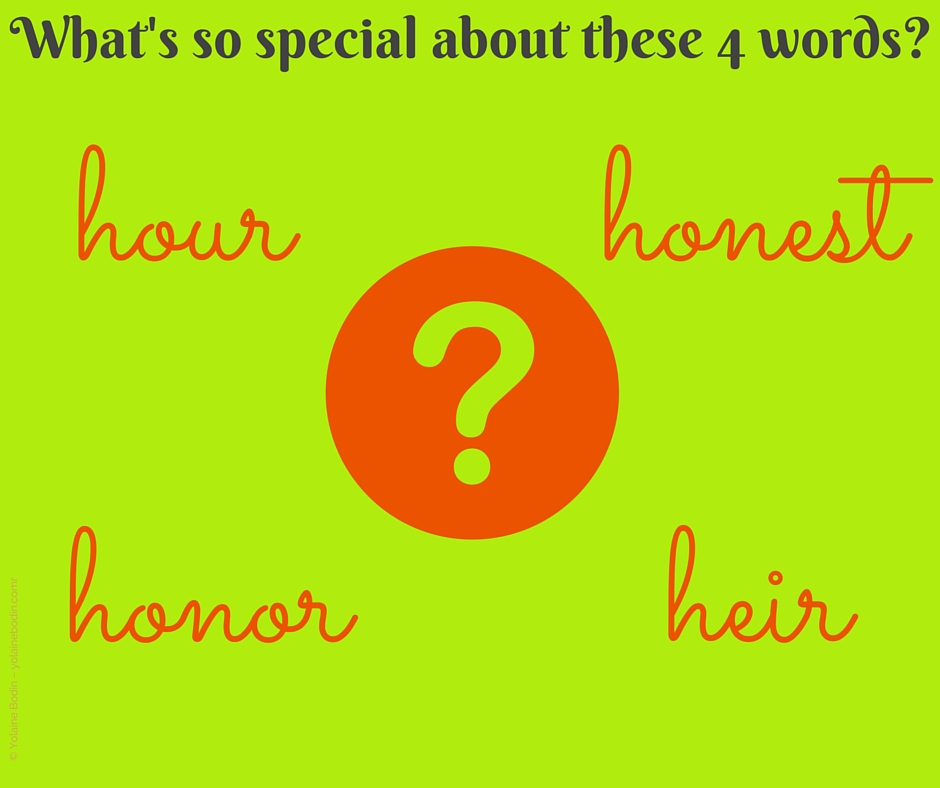 When the letter h remains silent…

Anyone learning English as a foreign language knows it: the English h must be pronounced and heard! This is not always easy when this h sound does not exist in the learner’s mother tongue, as is the case in French for instance. If it is the case for you, too, then you have to practice blowing softly as if you wanted to fog up a window or a mirror. Try saying “hit”, “hat” or “hot” while holding the palm of your hand in front of your mouth. Can you feel a gentle breath on your hand? Then it means you managed to pronounce the h the English way. Well done!

Let’s take this opportunity for a little reminder: you probably already know that the indefinite article in front of a word that begins with h will be “a” –not “an”– precisely because you pronounce the h. So we will say “a hit”, “a hat” and “a hot-dog”.

So, what about these words that you see in the picture: hour, honest, honor (or honour) and heir (and their derivatives should I add!) ? Well, rejoice!

Those are the words with a silent h, which means you can totally ignore it! That’s why you can use the indefinite article “an” with them to link the sounds: an hour, an honest man, an honor (honour), an heir. Note that “hour” is pronounced exactly in the same way as “our”, and “heir” exactly like the word “air”.

There are other words belonging to the same category–words with the same root–that begin with a silent h:

With all the other words starting with h, you will have to pronounce the h. Now you may be wondering why these h’s are silent. This might come as a surprise, but the reason is that these words come from the French. And as you know, the h is never pronounced in French. The English imported these words and didn’t pronounce the h, in keeping with the French pronunciation. So, if you translate them, you will get heure for hour, honnête for honest, honneur for honor (honour) and héritier for heir.

The words I listed above are the only words that begin with a silent h, but it is worth noting that there are quite a number of other English words starting with h that are of French origin. A few examples are: hospital, hotel, hostel, host, hostess, herb, helicopter, habit… At first, these words had a silent h, too, but today not pronouncing the h is considered wrong.

There is one peculiarity I would like to point out to conclude: in the word “herb”, the h is pronounced in British English, but not in American English!

← "All languages are beautiful...", A Quote from Jean-Marie Adiaffi Lieu, endroit or place: 3 commonly confused words → 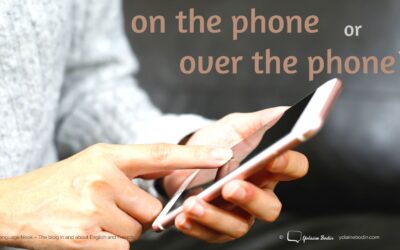