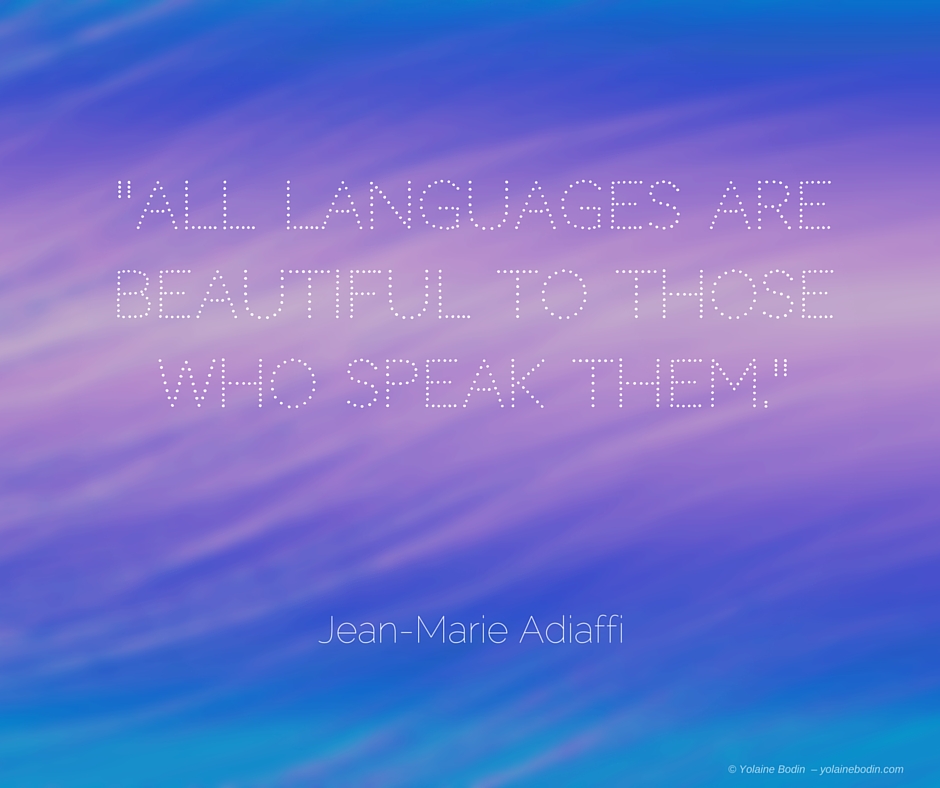 “All languages are beautiful…”, A Quote from Jean-Marie Adiaffi

This is a quotation taken from “The Identity Card”, a book first published in French in 1980. The author Jean-Marie Adiaffi (1941 – 1999), was an Ivorian novelist, poet, screenwriter and critic.

His mother tongue was Anyin–also called agni–, a language from the eastern region of Ivory Coast where he was born, but he wrote in French. French is Ivory Coast’s official language but it is also the language Jean-Marie Adiaffi studied in since he studied cinema and philosophy in France.

In his book, Jean-Marie Adiaffi goes on saying that languages are beautiful “to those whose means of communication it is”. This is a feeling that is widely shared and may sound obvious.

Yet, do we need to speak a language to find it beautiful?

Personally, I love hearing and listening to other languages, whichever they are, even if those languages are foreign to me and completely beyond my grasp. However, I also love the feeling I get when I learn a language and start being able to communicate in that language. It is a feeling of contentment that  I find very difficult to explain but if you ever got that feeling, I am sure you understand what I mean.

How about you, what are your feelings about your mother tongue, the foreign languages that you have learnt and languages you don’t speak or understand at all? Do you have a favourite language? Which one and why?

← Saying how long: how can you choose between the words "pendant" and "pour"? When the letter h remains silent... →