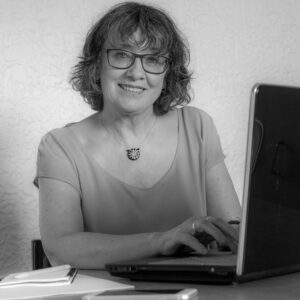 For as long as I can remember, I have always been enthralled by the power of words, how they can  affect communication among people.

From a very early age, I was intrigued by the idea that in other countries, people uttered different sounds, shaping words unheard in my own language, and stringed them according to rules unused in French. This, I felt, offered new perspectives of any given situation in life and gave the world a facet that I found both unfathomable and fascinating.

My strong interest in world cultures, foreign countries and languages, stems from such reflections.

I am a French native and grew up in France, but have worked and lived in Germany, Luxembourg, Belgium and England, the country I chose to attend university and where I graduated to become a teacher of foreign languages. This is why I now teach both English and French as foreign languages.

I have also been fortunate enough to be employed for many years as an in-house translator and proofreader for a U.S.-based international company.

As a result, I love both teaching and translating so much, I decided to combine both jobs. So I started to work freelance in 2013 and offer my language services to meet your requirements, whether you need a translation or language classes .

I have – or had – the pleasure to work with:

Teaching EFL (English as a Foreign Language) and French courses