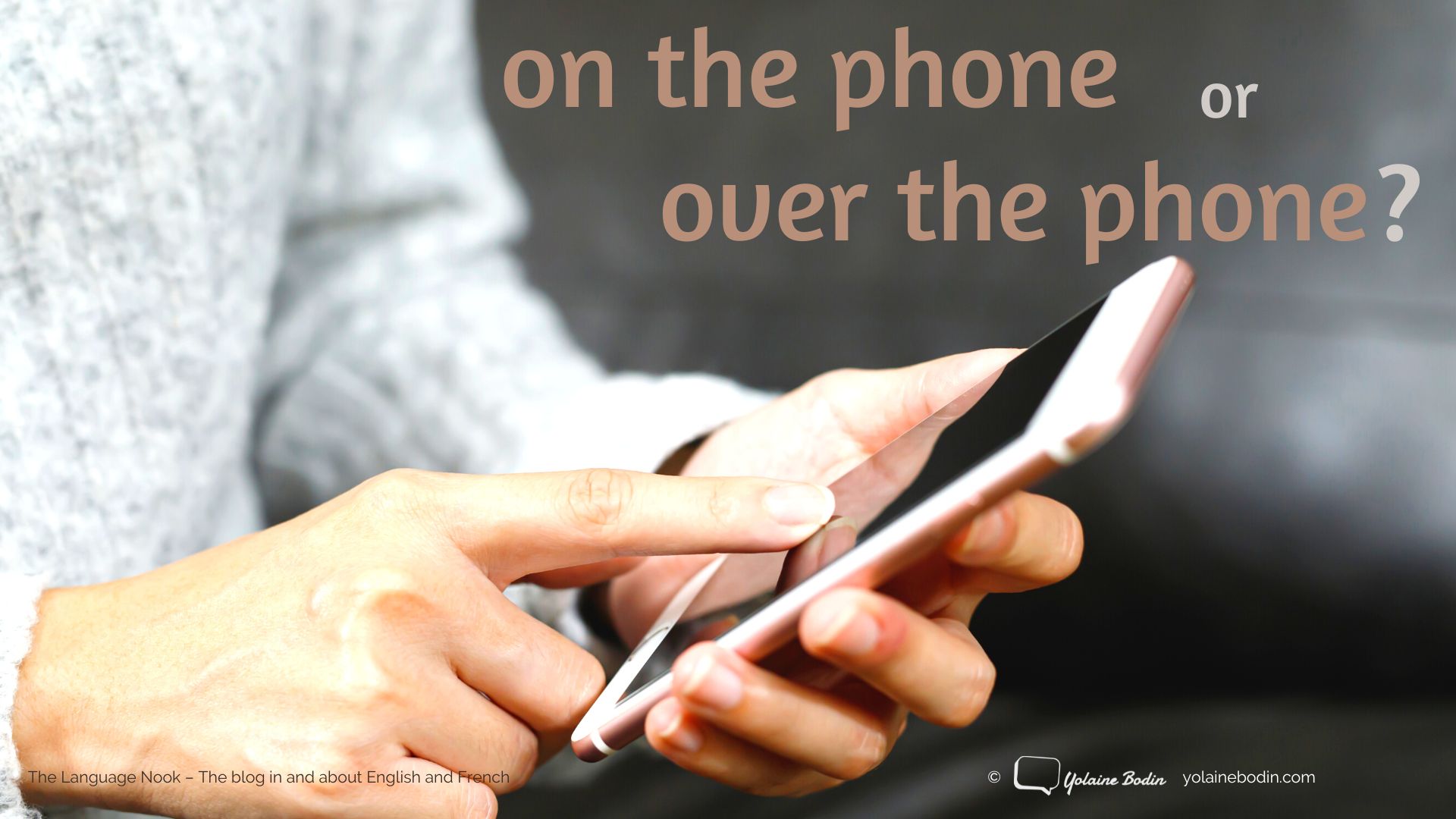 Everybody has and uses a phone these days. Have you ever wondered whether you should say on the phone or over the phone? If so, you are certainly not the only one. I have been asked this question many times in my English conversation classes. Actually, the answer is simple: you can say both! Indeed, both phrases are correct but beware! They don’t mean exactly the same and are not always interchangeable. Here is an explanation to help you understand the difference between on the phone and over the phone so that you know which one to choose in the future.

On the phone means you are using the phone. There are many things you do in a day and many places you can be: at home, at work, cooking, sleeping, reading, writing or … phoning! If you are talking on the phone, using the phone as a means of communicating with someone, then you can say you are on the phone.

Here are a few examples of the use of on the phone:

Over the phone is the phrase to use if you want to say by what means something was done or happened. The focus is not on the fact that you are phoning but on another action that was carried out or done using the phone.

If you look at the last 3 examples, you can see that each sentence is about doing something else than actually phoning someone: make a decision, order a pizza or discuss something.

Let’s look at each example again:

Careful! We all do much more than just call using our smartphones. The usage of on and over is not as clear cut when it comes to activities other than making phone calls that we carry out using a phone.

With the verb play, always use on the phone the same way you would say you play games on the computer. Look at these sentences:

We also use our phones to do much more: look up some information, look at photos…

Because all these actions are similar to the ones we can do on the computer, the use of the preposition on is common if, instead of using a computer, we use our phone, especially for things that appear on the screen (photos are a perfect example). That is why you will often hear on the phone in such cases. Here are some examples:

However, for some actions that do not focus on looking or seeing, like checking your bank account balance for example, then you can use both. Compare:

← French prepositions with means of transport: “à” or “en”?