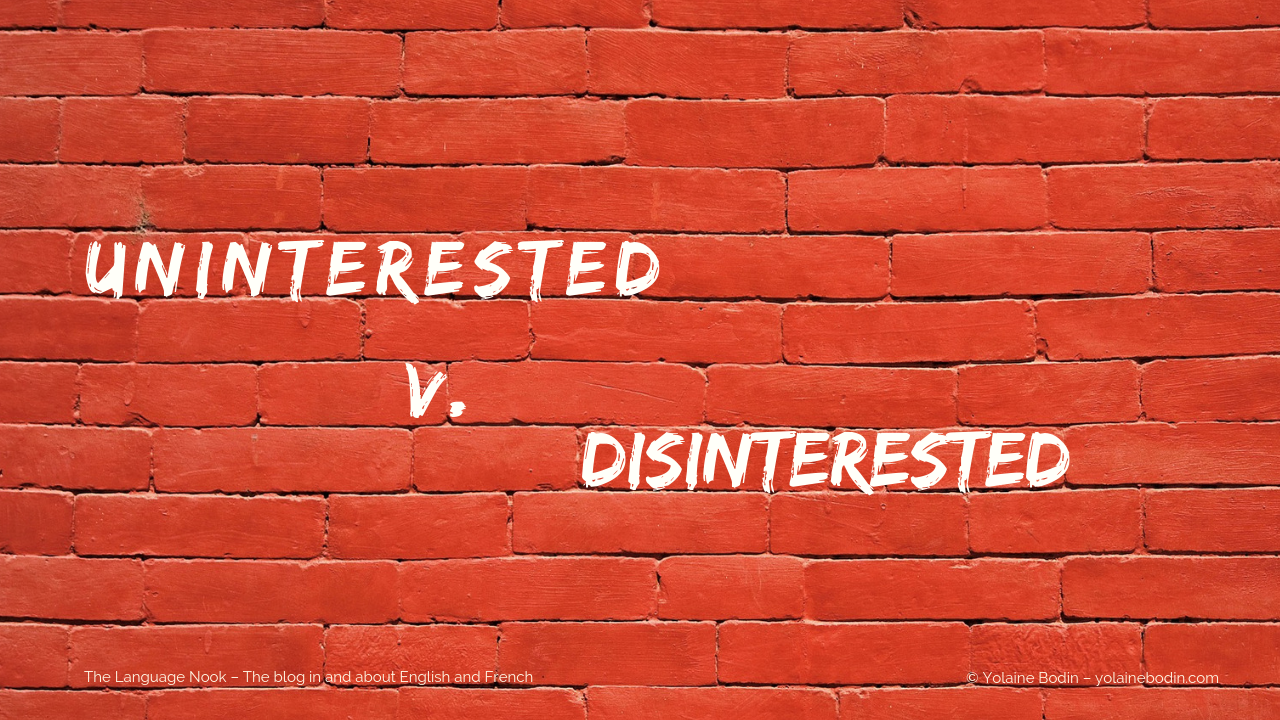 The short answer to the second question is yes, there is a difference. As Roy Blount, an American writer, humorist, actor and musician pointed out in his book “The Alphabet Juice”:

“I do hope you realize that every time you use disinterested to mean uninterested, an angel dies.”

So, let’s see what the difference is so you know when to use uninterested and when to use disinterested. You will not be caught mixing them up again! 😉

If something is of interest to you, like English, or more generally learning foreign languages for example, then you can say:

If, on the contrary, something is of no interest to you, then you can say:

Careful! Looking at the above examples, you will note that both interested and uninterested are followed by the preposition in. If you need a verb immediately after the words interested or uninterested, the verb needs to end in -ing.

Disinterested is used differently and has a different meaning.

Someone who is disinterested is someone who not biased, not taking sides or not influenced by personal interest. It is also used to mean indifferent to something.

Let’s look at a few examples:

There you are, you now know the difference between uninterested and disinterested, well done! Practice and try to use them in your next conversations in English 🙂