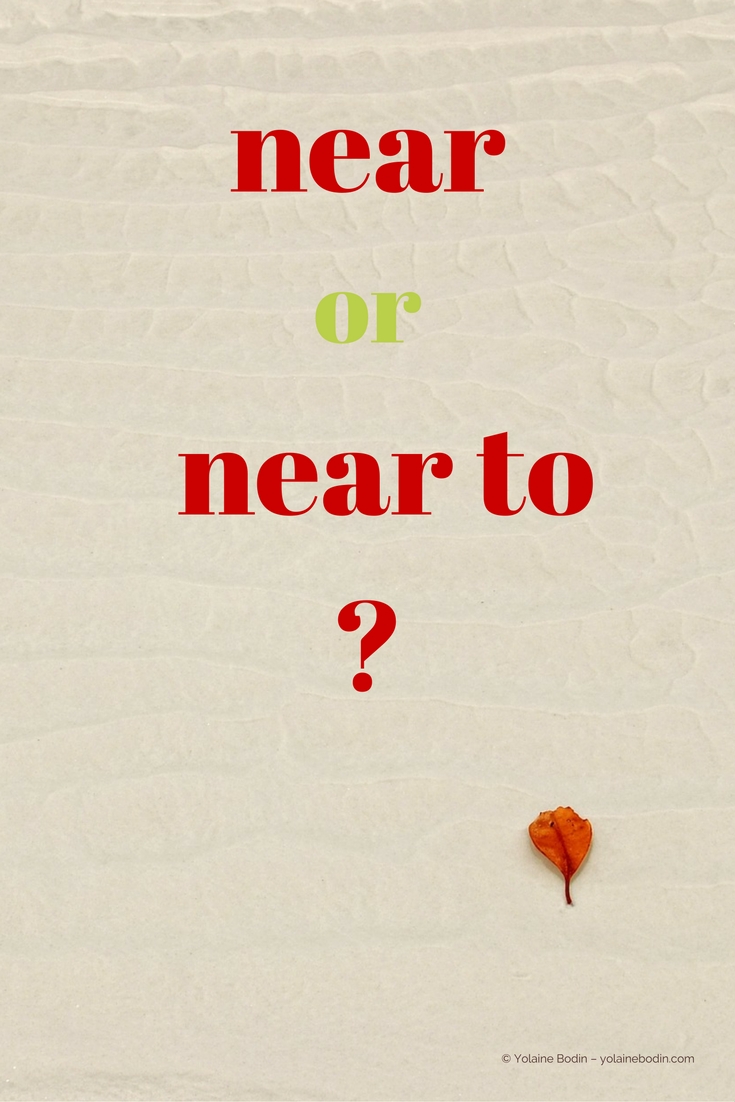 Near or near to?

Near and near to are similar in meaning: both mean close to. The opposite is far.

Should near be used on its own or can we say near to? This is a question that comes up quite frequently in my English classes. So, you’re wondering if to should be omitted or not.

Well, as prepositions, both can be used and are acceptable, but near without to is more common, especially when talking about proximity in time and in space.

So, choose near without to when talking about physical or geographical proximity:

You can also use near (to) to talk about time:

You will find that the comparative and superlative forms of near –nearer and nearest– are often (but not always!) used with near to:

When you are not talking about time or space proximity but need to describe a state that you are almost in or a reaction you almost have, the use of near to is more frequent:

As an adjective, near is used without to when talking about time:

Careful! You cannot use near as an adjective to talk about space. In such a case, use nearby:

Finally, Do you want to learn an expression with near? When something or someone is so near that you can reach it easily with your hand, or when an event is going to happen very soon, then you can say it is near at hand.

There you are, you can use near and near to with more confidence now. Well done!  🙂

← Gens: a noun that can be both masculine and feminine The 4 seasons in French →