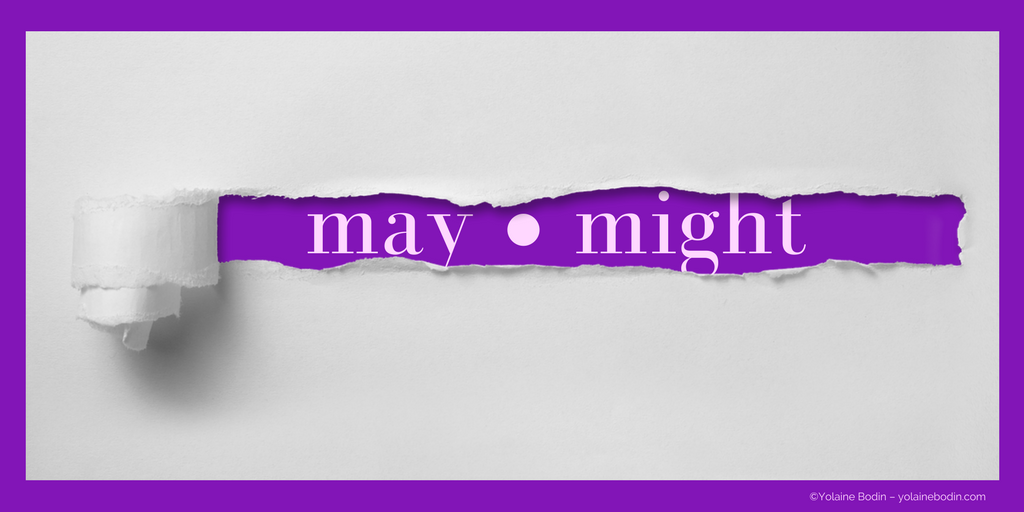 The difference between might and may is not always obvious for learners of English.

We can say that might and may are modal verbs, that initially might is the past form of may, but all the grammar will not necessarily help as all you really need to know is the difference between both verbs and which to choose when you speak English.

What they have in common: they are used to express a possibility. You already know the word maybe (may + be) to say possibly, perhaps.

So you can use might and may to say that something is possible, but not certain. However, it is widely accepted –and explained– that might expresses something less sure than may. It is a question of degree.

For example, you can say:

Both sentences are perfectly correct and mean that you are going to Scotland this summer is a possibility. However, in the second sentence, you sound less sure than you do in the first one.
That’s usually the main explanation that is given on the difference between might and may.

Overall, might is more common than may, especially in a less formal, spoken style.

Yet, the usage is also sometimes different :

⊕ after a past verb in reported speech, instead of may when it was used in the direct speech:

⊕ to say what would have been possible under different circumstances:

Choose the phrase might as well (may as well also works, but is less common):

⊕ to show lack of interest in something but you have little choice:

⊕ to show that a situation (when compared to another) is not true or unpleasant:

⊕ to give or ask for permission :

⊕ to mark acceptance of a fact before introducing an argument or statement that is more important than the fact itself:

Choose the phrase be that as it may:

⊕ o express the idea that something is possible and introduce an opposition. In this case, it means the same as nevertheless and can be used in the same way:

There you are! You now know the difference between might and may. Congratulations! 🙂

← From "any old Tom, Dick and Harry" to "Pierre, Paul ou Jacques" Knowledge of languages is the doorway to wisdom →