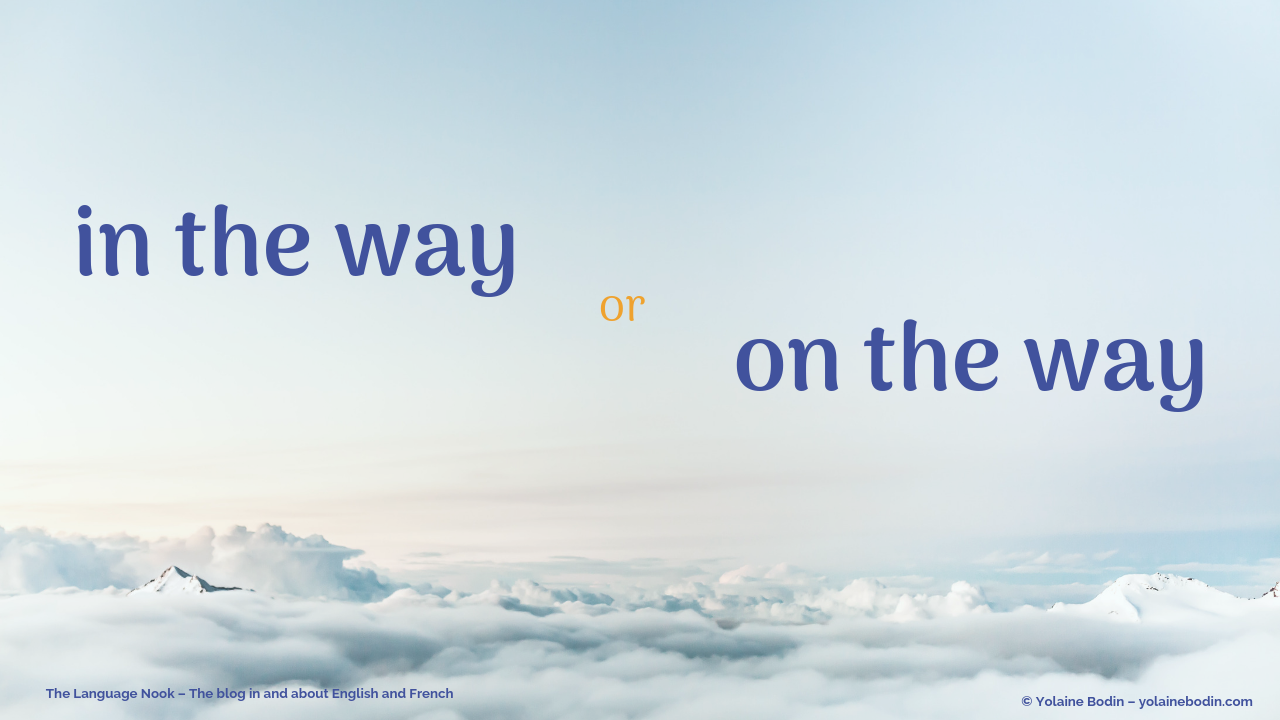 In the way or on the way: What’s the difference?

In the way and on the way are two common phrases in English. They look and sound similar but they have completely different meanings.

In the way is used to say that something obstructs or blocks your way to the space you need to use to do something. Look at these examples:

When necessary, you can also replace the article the by a possessive adjective and say: in my way, in your way, in his way, in her way, in our way, in their way

In the way can also be used to say something prevents you from doing something or reaching a goal. For example, you may say:

In the way can also mean in the manner:

On the way –but also on my way, on your way, on his way, on her way, on our way or on their way– is used to say something or someone is coming or approaching a place or a goal. Here are some examples:

There you are! You now know the difference between in the way and on the way. Congratulations! 🙂