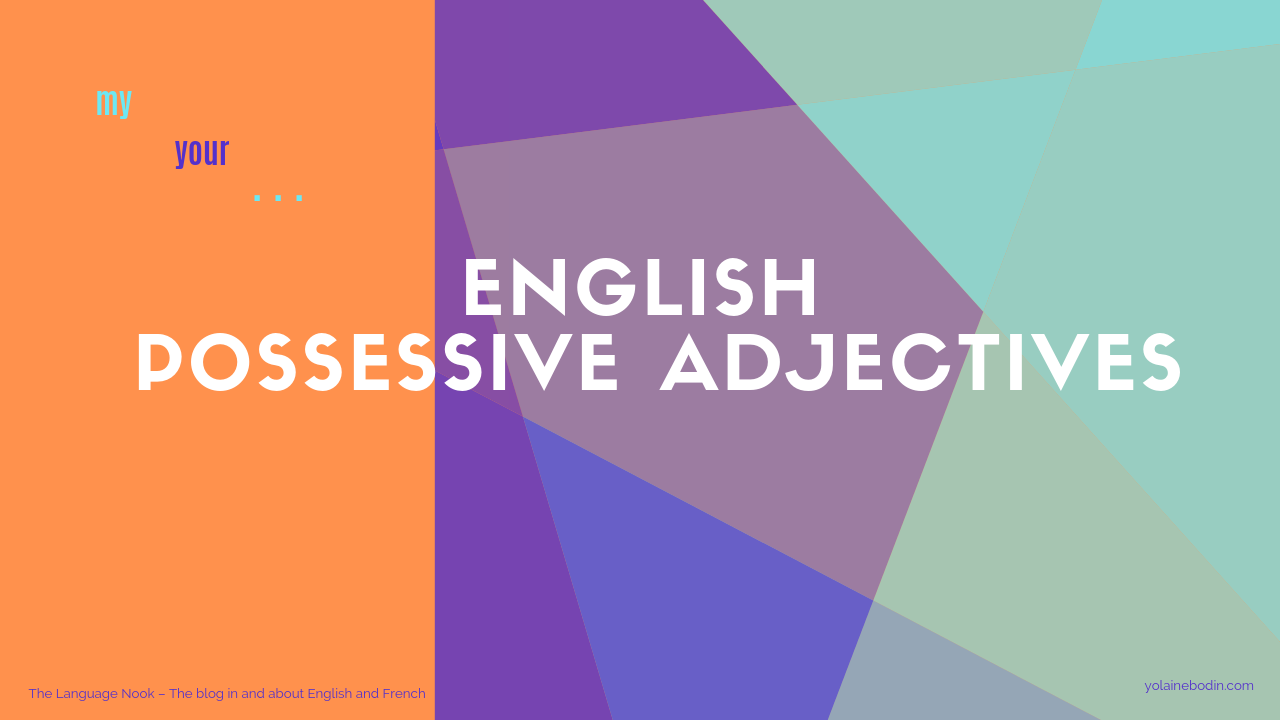 If you own –i.e. possess– something and want to say it, you can use a possessive adjective.

What is an adjective and what is more specifically a possessive adjective?

An adjective is a describing word that is used to describe a noun. For instance, if you have a black coat, black is the adjective: it describes your coat. A possessive adjective works in the same way: it goes with a noun to say who owns what is represented by the noun.

Let’s keep the example of the coat. If you are the owner of the coat, if the coat belongs to you, then you will say “It’s my coat”: coat is the noun, my is the possessive adjective. Remember that in English, adjectives are placed in front of the noun.

The choice of the possessive adjective depends on the owner –not what is possessed!– and matches a subject pronoun:

Your (possessive adjective) ≠ you’re (contraction of “you are“) → You’re sitting on your book!

Its (possessive adjective) ≠ it’s (contraction of “it is”) → This table has a nice finish. Its surface is very smooth, it’s really nice

Their (possessive adjective) ≠ they’re (contraction of “they are” → They’re moving into their new house this weekend.

Are you ready to play? Try this drag the word activity. Try to do it as fast possible! ⌚

There you are, now you can use the English possessive adjectives correctly, congratulations! 🙂

← A quote by Paul Valery: “Translating is… ” Stop confusing these 3 French words: matière, matériau and matériel →