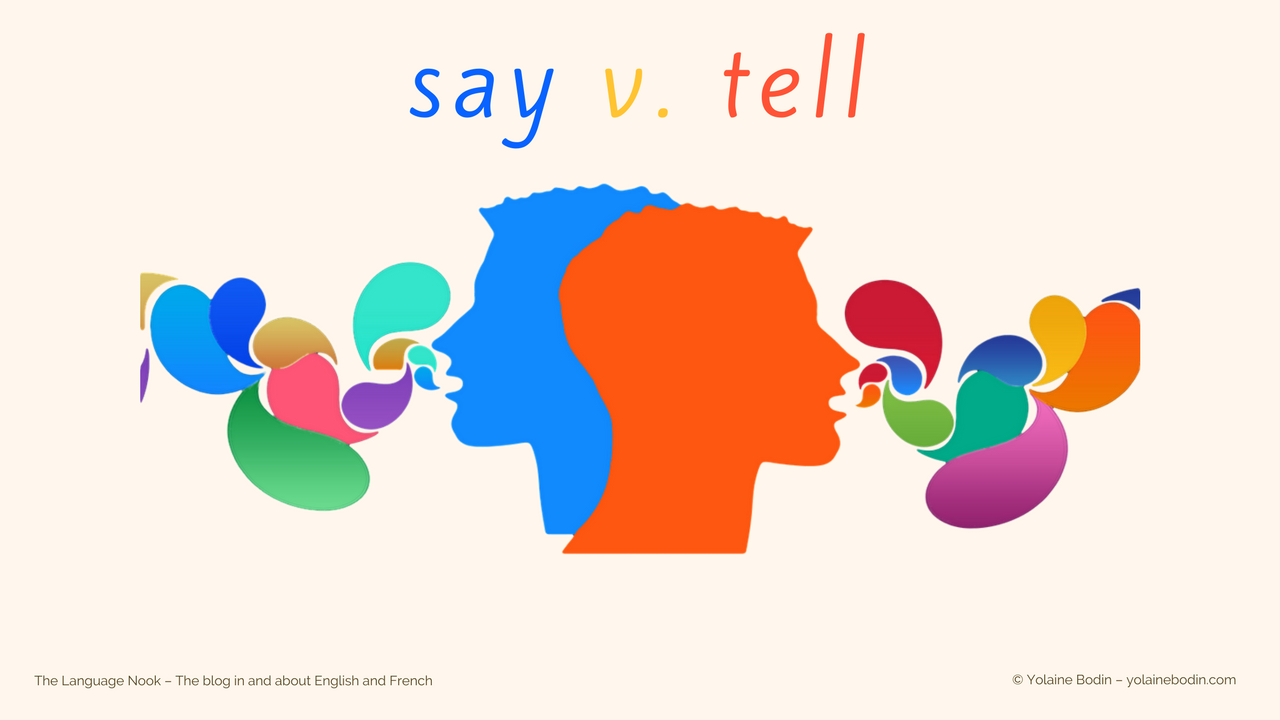 If you are learning English, you may find that it is difficult to choose between say and tell. Indeed, for many learners of English, these two verbs are easily confused, especially because they have similar meanings.

Both verbs say and tell mean “to express with words”.

So what is the difference?

The difference between say and tell is mainly in the way the verbs are used, more specifically in the sentence construction you need for each verb. Look at and compare these examples:

The verb to tell is always used with a pronoun because you tell someone something:

The verb to say is mostly used without a pronoun. Sometimes it can be used with a pronoun but then you need to add “to” in front of the pronoun:

Some set phrases are used with the verb to tell:

Finally, here are examples of common sentences using the verb to say:

There you are! You now know the difference between say and tell. Congratulations! 🙂

← The months of the year in English and in French Neuf or nouveau – What's the difference? →