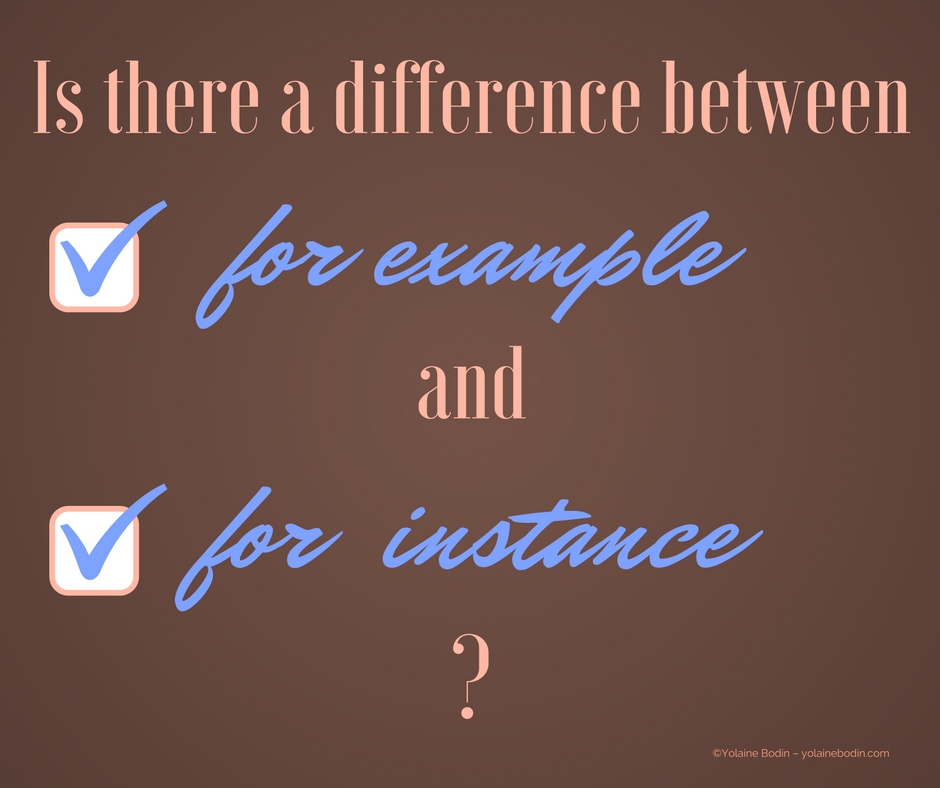 Is there a difference between “for example” and “for instance”?

If you are learning English, the chances are that you have already learnt these two phrases: for example and for instance. But there is a question I’m regularly asked in my English classes:

“Is there a difference between for example and for instance?”

The answer is no! They are interchangeable so you can use both. For instance may be a little more informal than for example, but even that is questionable.

It is very useful to be able to use one or the other to avoid repetitions. 🙂

You can also use the phrase such as to introduce one or more examples.

You may also have come across eg or e.g. It is quite widely used in written texts (but never when speaking!) and it also means for example. Actually, e.g. is the abbreviation of the latin form exempli gratia, which literally means “for the sake of an example“.

To sum up, if you want to illustrate a point, in other words, to introduce an example or examples, you can use:

There you are! Now you can easily avoid repetitions by using various options! Well done! 😉