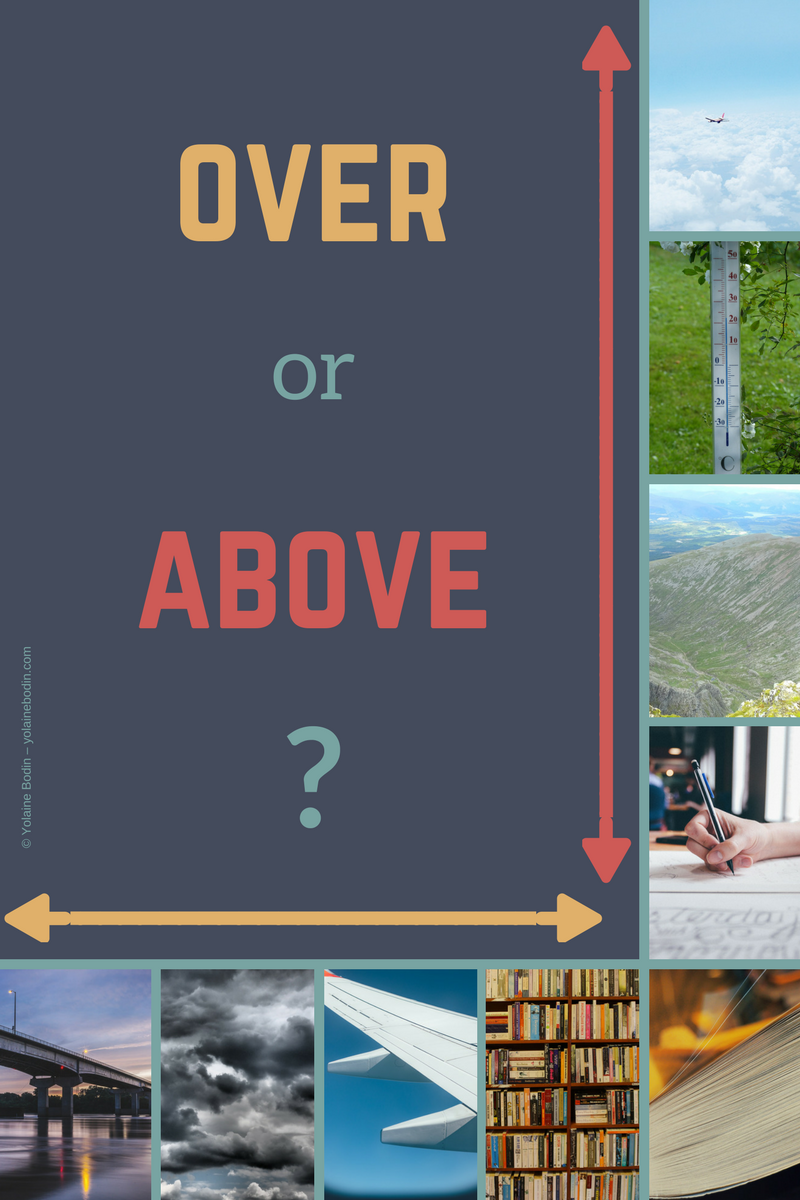 Difference between “above” and “over”

Above and over are two prepositions of place. Both basically mean “higher than” but it is often unclear for learners of English what the difference between above and over is.

You will find various ways and lists that explain the difference. It is true that it is not all that easy to explain because over and above are often interchangeable or the difference is subtle and more or less easy to grasp depending on your mother tongue.

This is my personal approach and the way I like to explain it to students attending my English classes because it works well.

Over is horizontal. Use it to say “higher than” to express the idea of covering something (a cover lies horizontally), of going from one side to another side of something, of completion (because you have covered something when you have completed something, so both ideas are quite close really when you think about it).

Above is vertical. Use it to say “higher than”, to express the idea of higher ranking or importance, top versus bottom. For example think of a graduated thermometer.

That’s the main idea. Now let’s have a closer look with examples:

Useful tip: Remember over for cover! The two words are similar enough.

Careful! Over has many more meanings so it can be used in other contexts, too.

There are also idioms and set phrases that are good to know. Look at these two examples:

Above all, don’t forget to speak English as often as possible! → most important of all

Don’t cry over the past → about, because of

There you are! I hope this helped you understand the difference between above and over.
Can you find more examples? Please share them in the comment box below! 🙂