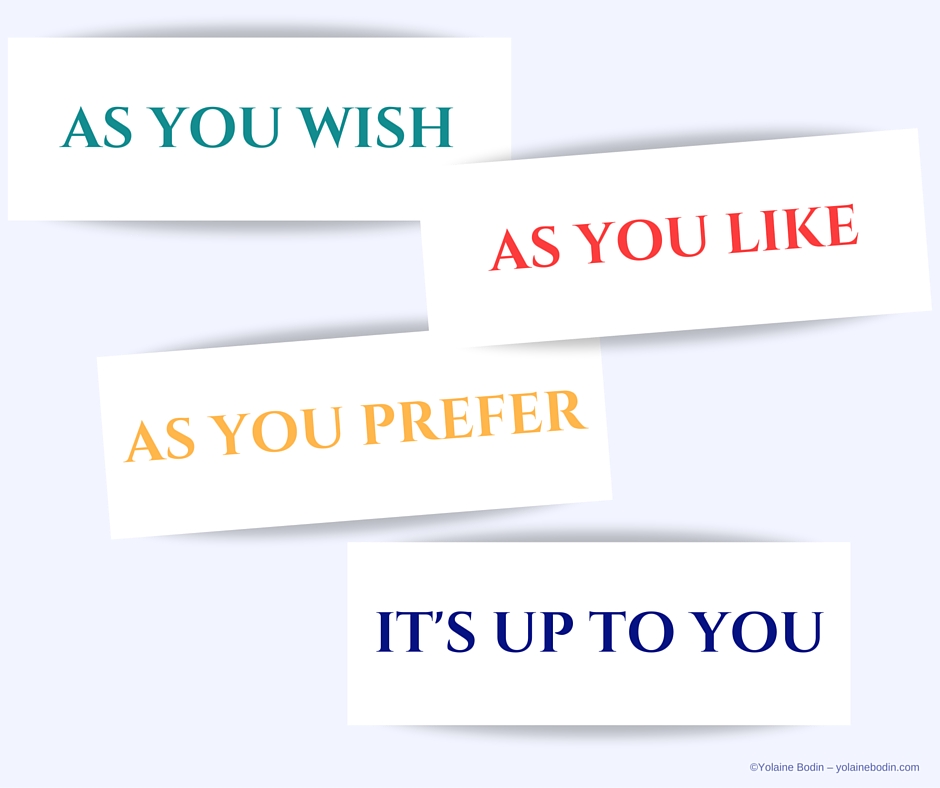 This is a common English expression that is very useful in a conversation when you want the other person to decide or when you leave them the choice to decide.

A very frequent mistake, especially with French learners of English as a foreign language, is to say “like you want” 😮  This stems from a literal translation of the equivalent French phrase and I must say I very often have to correct it in my EFL classes.

Fortunately, there is a choice of expressions in English that you can learn to use:

As you wish and as you like mean the same.

However, be careful with the way you actually say it because, depending on your tone of voice, it is also a way to show you disapprove.

– I want to stay up tonight because I really want to watch that film.
– As you wish.

We can easily imagine adding a disapproving tone of voice from the second person who probably thinks the first person had better go to bed early!

If you use as you prefer, obviously, you also give the choice to the person you are talking to according to what they prefer to do.

Yet another way to tell the other person that the choice is theirs is to say it’s up to you.

Here you are, you now know 4 different ways of giving someone the choice : as you wish, as you like, as you prefer and it’s up to you. Practice using these 4 expressions until you can use them spontaneously in an English conversation. 🙂