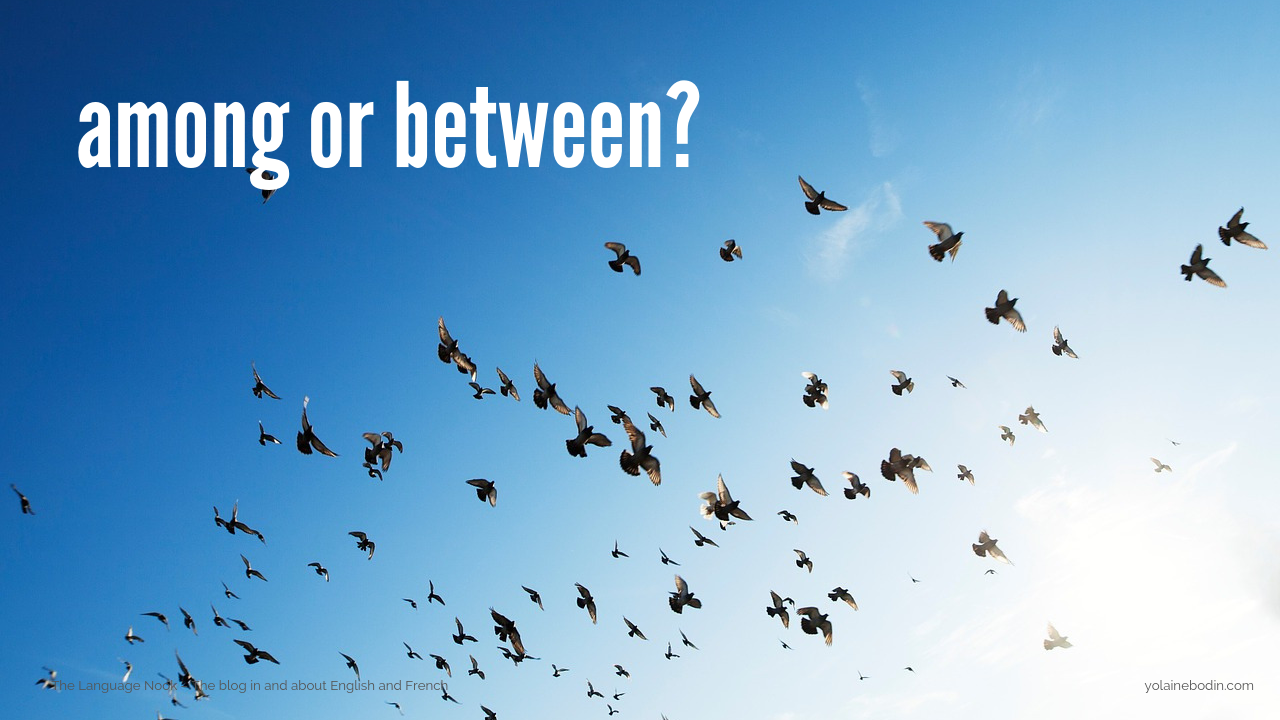 Among and Between: What is the Difference?

If you look up the difference in English between among and between, you will find two kinds of explanations, one just saying that between is used when referring to 2 items and among with 3 and more, and another saying it is more a question of the following words referring to a specific item (for between) or a group (for among).

Of course, you may then wonder which one is correct. I’d say a mix of both, but there’s more to it!

Use between: before just 2 items (things or people):

Use between:  after the words each and difference:

Use between: in the phrase between ourselves, between you and me, to mean in confidence, as a secret

Use between: before 3 or more things or people when you name them separately so each thing or person is distinct from the others:

Use among: before a singular, uncountable noun:

Here you are! You now know the difference between among and between, congratulations! 🙂

← Happy New Year 2019! Commencer and Continuer… à, de or par? : How to Choose the Correct Preposition →

When someone is speaking, you also need to show that you are listening and interested in what they are saying. This is how you keep the conversation going.
An easy way to do so…

Remember & Forget doing or to do?

Remember to do, remember doing, forget to do, forget doing: remember and forget are English verbs that can be followed both by a verb ending in -ing (a gerund) or by the infinitive form of the verb.
However, there is a difference in…