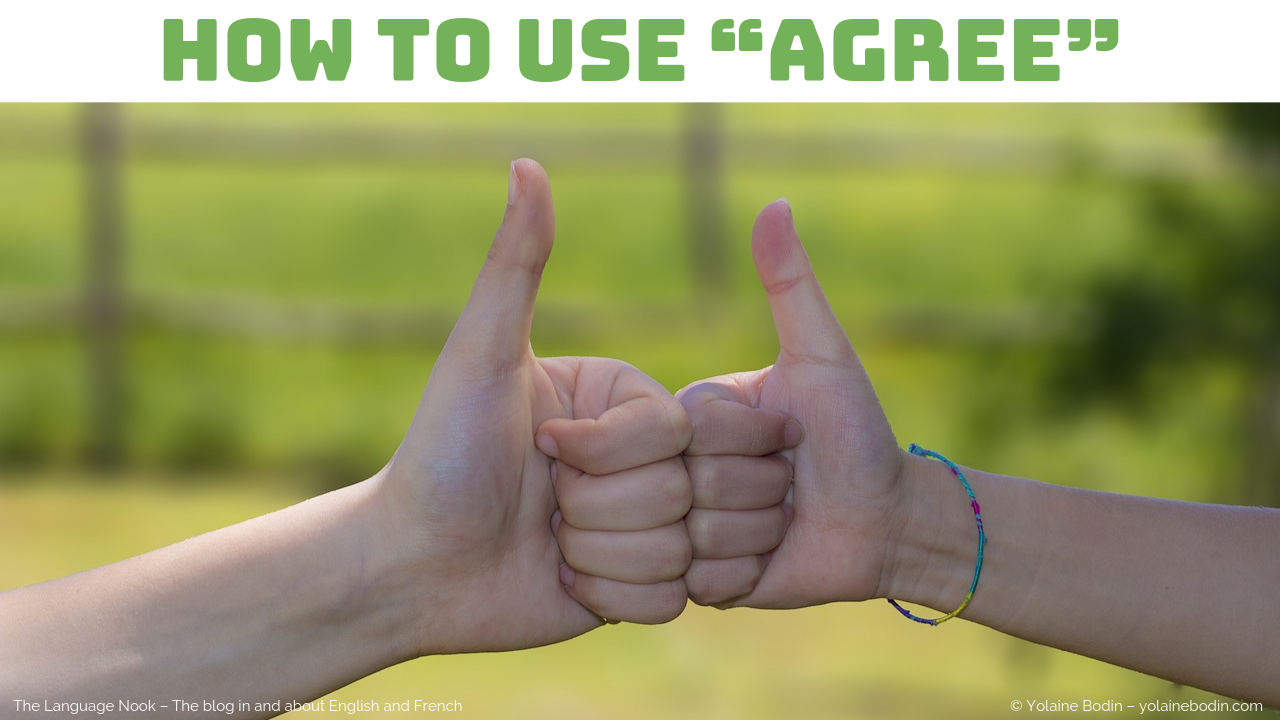 How to use the verb “to agree” in English

The English verb to agree is a verb that is very often misused by learners of English.

This is a typical mistake made when the learner’s mother tongue normally uses the verb to be followed by the equivalent of agree but when agree is not a verb.

However, in English, agree is a verb that must be used exactly like any other verb.

It means you must the verb to agree exactly in the same way as any other verb. The sentence structure remains the same!

Good to know! The verb to agree can be used with various prepositions or function words according to the context. The following examples will help you choose what word you should use after agree:

Note: Of course, you can use the negative form and say for example:

Instead, you can also use the verb to disagree in a positive sentence:

To be clear, remember I don’t agree = I disagree. Both mean exactly the same.

There you are! You can now use the English verb to agree correctly. Congratulations! 😉