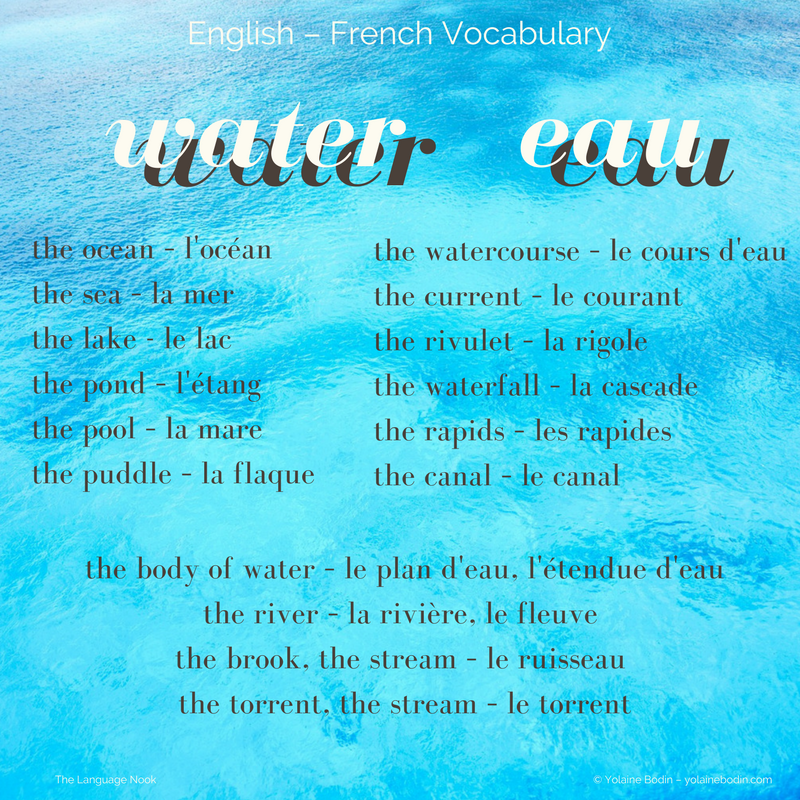 From Puddle to Ocean: French Words about Water

As summer is drawing near, many of you are planning a holiday by the sea. You learn how to say sea in French in the very early stages of learning the language, so you probably already know la mer. But do you know the vocabulary to talk about other types of bodies of water and watercourses? Do you know the words for puddle, rivulet, brook or pond?

Here is a short list of words about water with their French equivalent. You may already know some of these words and this is only a selection. So if you know other words, feel free to add your ideas in the comment box below.

Let’s start with bodies of water:

And now, here is more vocabulary for watercourses:

Note how there are two words in French for the English word river: fleuve and rivière.
Strictly speaking, some geographers use the words fleuve for any river that flows into the sea or the ocean. Others use the word fleuve only for large rivers like the Seine or the Thames. The word rivière however encompasses rivières and fleuves as long as they are big enough (bigger than streams or brooks).
Thus une rivière is bigger than a brook (ruisseau) but smaller than un fleuve.

As a general rule, the French choose the word fleuve for large rivers and use the word rivière for middle-sized or smaller rivers, even if they flow into a sea.

Useful tip: When you learn a new French word, don’t forget to always learn the article (un, une / le, la) at the same time. Think of it as just adding a syllable to the word: it is not an extra effort for your memory to remember an extra syllable while it is a new effort to memorise the gender –feminine or masculine– separately.

There you are, you now know more French words about water. Congratulations! 😉

← “Languages are a treasure and convey something more than words” Maybe or perhaps? What's the difference? → 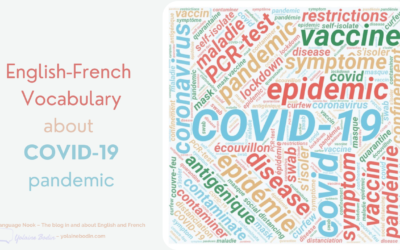 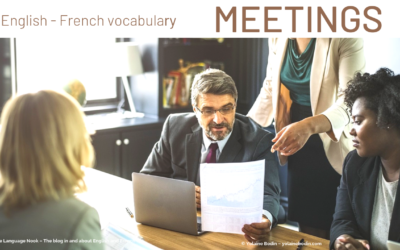