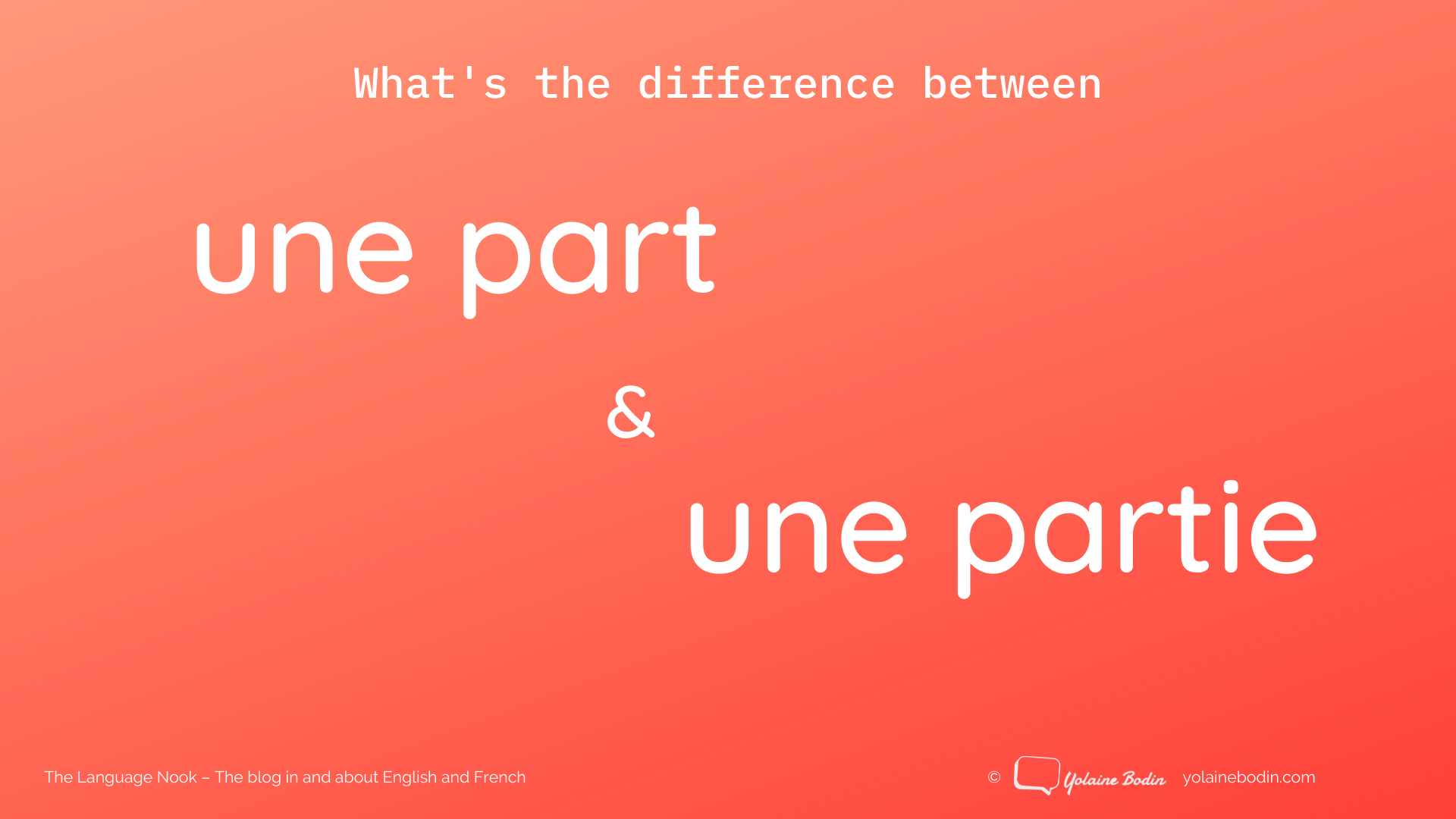 In one of my French conversation classes, I was recently asked to explain the difference between the words part and partie, how to choose between both words when we want to talk about a part or a piece of something.

Both words part and partie can be used in many different contexts and you will find examples of sentences using partie and part below. However, let’s see when to use each of these words first.

First of all, bear in mind that the word part is not connected to the verb partir (go away, leave) but derives from the verb partager (i.e. to share).

As a consequence, the word part will be used in French to refer to something that is shared and given out or distributed. On the other hand, partie refers to a section or a portion of a whole.

The main difference between part and partie really lies in this:

You use  une partie when you want to name a portion of a whole.

Let’s look at an example to highlight the difference. You have guests for dinner. You want to cook leeks. For your recipe, you will use the white part (la partie blanche) of the leeks. Once your dish is ready, you will share (partager) among your guests, Each guest will get a portion: chacun reçoit sa part.

Of course, there are a number of possible translations for both words part and partie, as well as some set phrases. Here are a few examples:

There you are! Now you know how to choose between the French nouns part and partie. Congratulations! 🙂 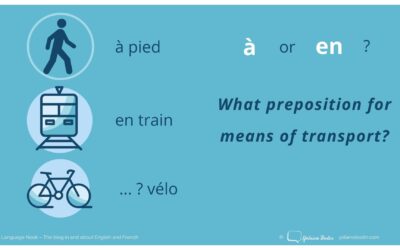