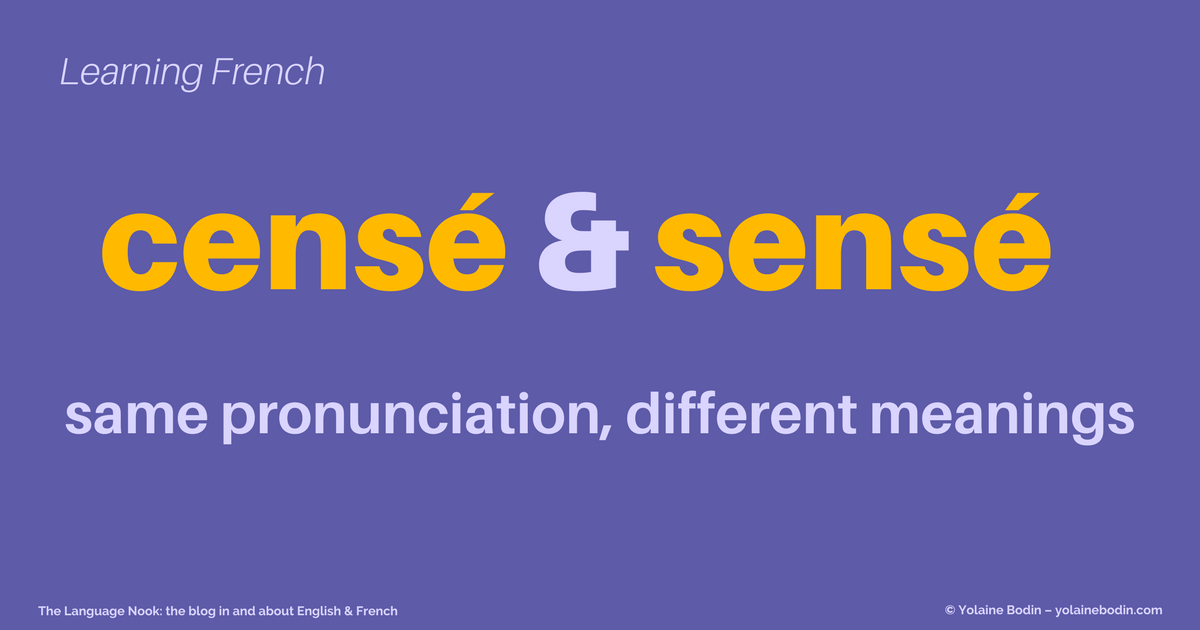 Last week, I was writing a sentence on a whiteboard during a French language class. It was an example that included the word “censé“. The question immediately arose: “Oh, really, is it with a c? I thought it was spelt with an s!”

Ah, but both censé and sensé exist in French! The only thing is that they’re not the same word and don’t mean the same.

Sensé with an s means reasonable, sensible. For example, you could say:

Censé, on the other hand, means supposed to, meant to:

Useful tip! To remember which is which, remember that the one starting with s –sensé– is the one that means sensible, i.e. full of common sense and note the similarity in spelling.

Note that both sensé and censé are adjectives, so don’t forget to add an e and/or an s if it’s feminine and/or plural. Hence, you can get the following forms:

All forms are pronounced exactly in the same way. In a conversation, the context will be your guide to know whether the person is saying censé or sensé.

There you are! You now know the difference between the French adjectives censé and sensé! Congratulations! 🙂

← “Where were you?” v. “Where have you been?” “All the work of translation consists of weighing words...” →