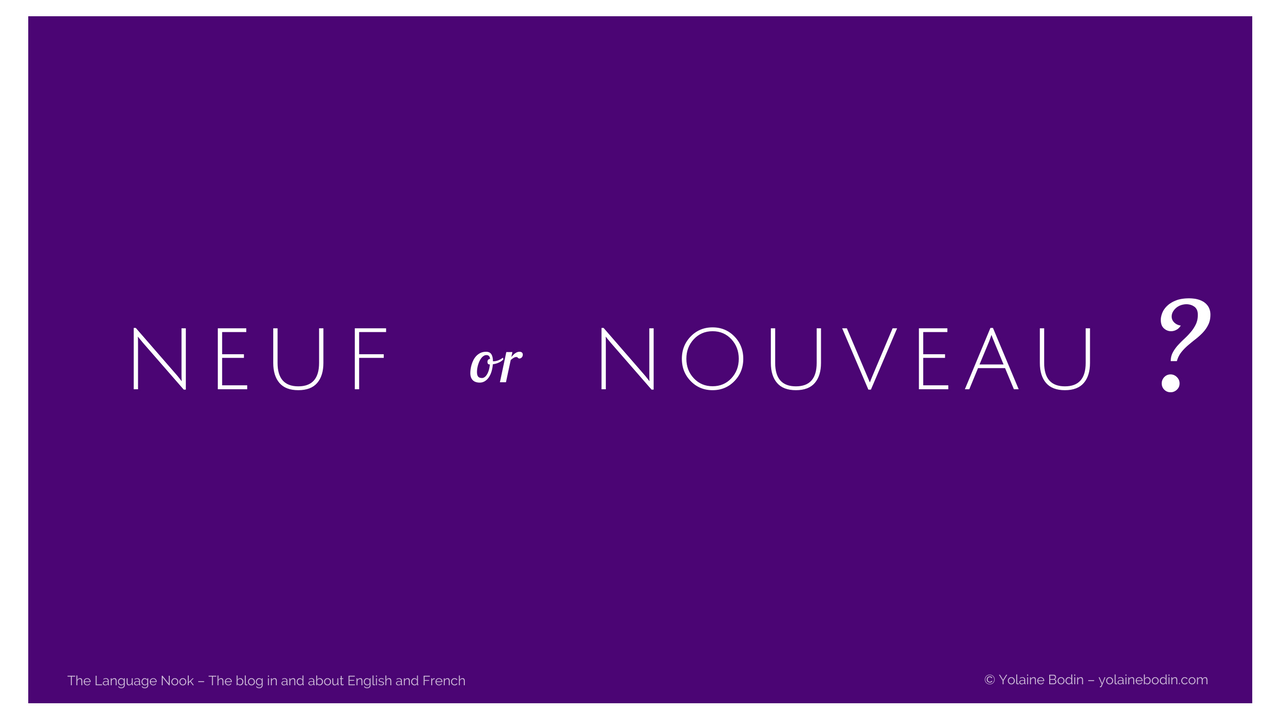 Neuf or nouveau: what’s the difference?

One of the difficulties we all encounter when learning vocabulary in a new language is when there are two words in the language you are studying for one word in your own language.

It is the case with the words neuf and nouveau which both translate the English word “new”.

What is the difference between neuf and nouveau and when and how should you use one or the other?

Use neuf for something that has never been used before. Neuf comes after the noun:

Neuf and nouveau are adjectives, and as you know, French adjectives change forms according to the noun they describe –masculine or feminine–, and also whether are singular or plural.

Neuf becomes neuve in the feminine and you have to add a final s to get neufs and neuves if the noun is plural.

Nouveau is a bit special since it has two forms in the masculine: it becomes nouvel in front of a singular masculine noun that begins with a vowel or a mute h. It becomes nouvelle in the feminine. Nouvelle just takes an s in the plural, but nouvel and nouveau both become nouveaux (with an x) in the plural.

Here is a table to help you:

Sometimes in English we say new to mean other.Careful! Neuf and nouveau are not the only possible translations of the adjective new in French!

For example, at the restaurant, if the glass you’re given is not clean, you will want a new one and in this case you will ask for un autre verre.

Être propre comme un sou neuf (to be as clean as a whistle).

Un sou was a coin in the past, originally a golden coin, which explains this expression: clean and shiny as gold. 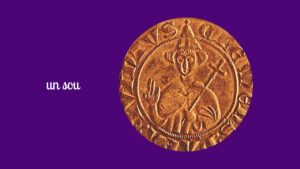 There you are! You now know the difference between the adjectives neuf and nouveau. You can practice using them. Congratulations! 🙂