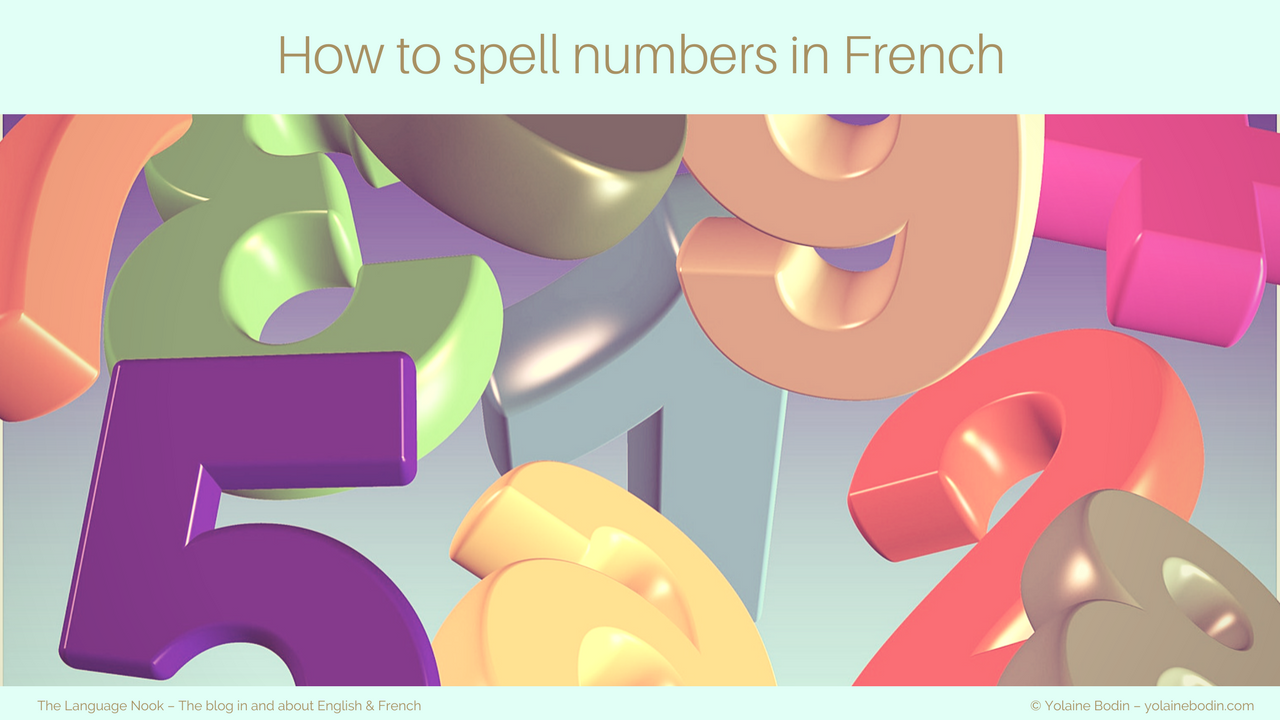 The spelling of French numbers in words

Have you ever stumbled upon the spelling of French numbers? Have you ever avoided writing a number in full letters to make it easier?

If you can already count in French and you answered yes to one of these questions, then this Language Nook post is for you!

Here is THE rule:

Numbers are invariable in French, i.e. numbers are always spelt in the same way.

Note that only the number one un (1) can be put in the feminine form :

Careful! The number mille (thousand) is NOT an exception and therefore never takes a final s: quatre mille.

Are there any exceptions ?

Yes, but only two! The numbers vingt (twenty) and cent (hundred) when they are multiplied and not followed by another number.

What does this mean?

It’s very easy actually! Vingt and cent are invariable, too, just like the other numbers EXCEPT when they are not followed by another digit,

Careful! Millier (a thousand), million (a million) and milliard (a billion) are considered as nouns, so when vingt and cent are followed by these nouns, you need to add an s for the plural:

When vingt and cent are used as ordinal numbers, in other words when you can replace them by the words vingtième (twentieth) or centième (hundredth), even without a digit that follows, they remain invariable. To make this easier, just remember it is used this way to give a page or a street number, or a year:

Fortunately, street or page numbers as well as years are rarely written in words! 😉

To take this a little further:

Remember you need at least 2 of something to make a plural.

Hence, if the number is greater than one but does not reach 2, the noun that follows will be singular!

Do you need to add a hyphen between numbers?

You normally put a hyphen between the numbers that are lower then a hundred on each side (trois cents, trente-huit mille), but never when the word et stands in-between (trois cent quarante et un)

However, the 1990 spelling reform allows the placement of the hyphen between all numbers, in all cases:  trois-cents, trente-huit-mille, trois-cent-quarante-et-un.

French numbers are always invariable in their spelling, except:

Read this post as well if you are not sure about and need to understand the difference between the words nombre, chiffre and numéro.

There you are, you can now write French numbers in words and spell them correctly. Congratulations! 🙂

← English usage: to have something done A Quote by Anthony Burgess about Translation →