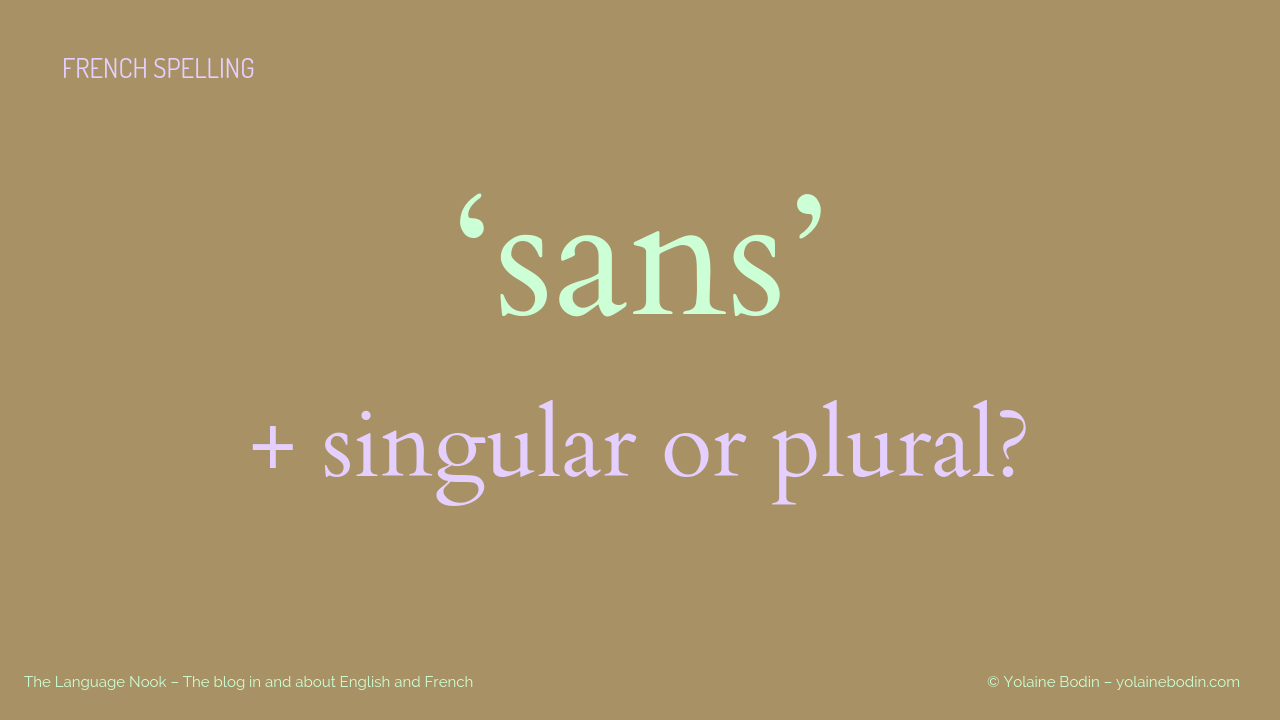 French spelling is not always easy, yet from time to time, a question that might feel awkward is not as sticky as it appears. For, yes, believe it or not, you sometimes only need to apply logic!

One question I am often asked about French spelling, is whether the noun that follows sans should be followed by a singular or a plural noun, i.e. written with or without an s.

Here are two recent examples that gave some of my students real doubts:

In these two sentences, how can you decide whether fenêtre and veste should be singular or plural?

Ask yourself if a house usually have only one window or more and if  we usually wear only one jacket or several?

This is what will give you the answer!

A house has windows (plural) and we put on one jacket (singular). Apply this logic to the noun that follows the word sans.

If you are already quite comfortable speaking French, another tip is to replace sans by avec (+ article).

As a memo, you can download this free PDF file (in French).

Got it? Wonderful! You are now ready for the following exercise. It only takes a few minutes and is an opportunity to practice what you’ve just learnt, try it!

There you are! You now know when to add an s or not after the preposition sans. Congratulations! 😀